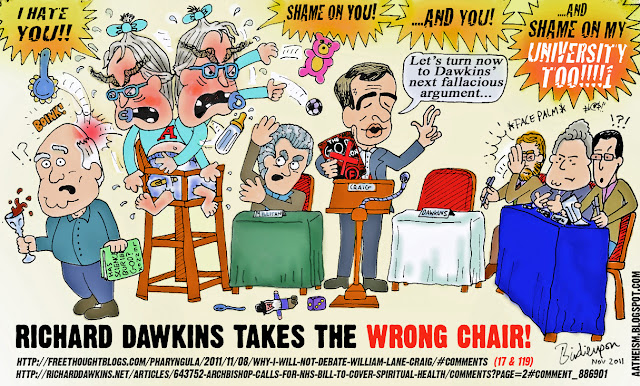 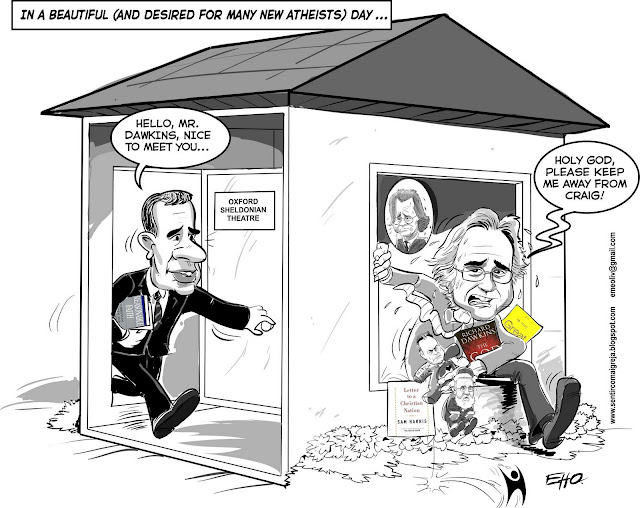 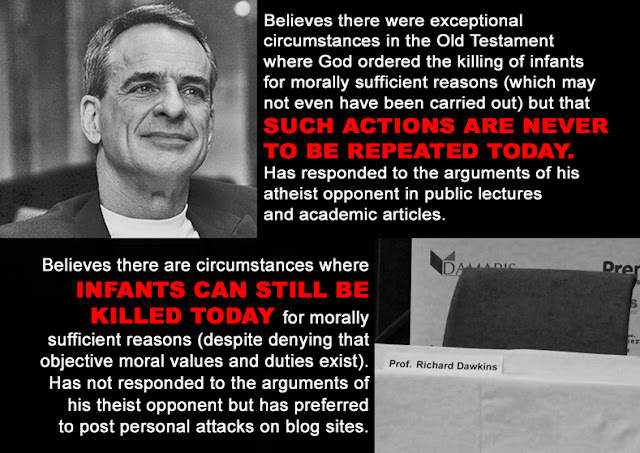 What won't Dawkins do next? That is the question!

It has been truly extraordinary watching the reverse-evolution of Richard Dawkins - from self-promoting and self-professed leader of the "Brights" - to a ranting, toy-throwing infant, with literally nothing more than incoherent ad hominem left. One wonders whether he still believes his arguments are "unrebuttable".

Many are familiar with his desperate attempts to undermine William Lane Craig, so to avoid manning up and debating him during his recent UK Tour. He's given at least 12 excuses over the past 4 years, the most recent of which was a smokescreen that even fellow atheists saw through: "I really don't like how 'dr' Craig interprets a particular old testament narrative, therefore I don't need to engage with his arguments for theism or criticisms of my multi-million-selling, non-peer-reviewed book".

But who could predict that Dawkins would lose all sense of coherence and discernment while throwing his latest tantrum? In a recent forum post on his "clear-thinking oasis" website (Pretentiousness Police! Pull over!) Dawkins actually attacked Prof John Lennox, for being just as unworthy of engaging with as Dr Craig! His reason? That Lennox "masquerades as a scientist while believing Jesus turned water into wine"!

As the video above shows, this excuse did not stop Dawkins debating Lennox three times in the past! Indeed, John Lennox gave an actual argument as to why such a belief is not incompatible with science (briefly: 1. if God exists then he can feed new events into the system he's already created, 2. turning water into wine is such a new event, 3. therefore if God exists then he could do it)!

And now, behold the abject desperation and emotionalism! Evidently, while still fuming at Dr Craig being endorsed even by fellow Oxford atheists, as worthy of civilised discussion and debate, Dawkins feels the need to lash out even less discriminately than ever before. The important thing to remember is, apparently, that if you're not an atheist.... YOU'RE NOT WORTHY!

Given the sheer inconsistency of Dawkins' "sick notes" (love that expression, Tim Stanley) which includes contradicting himself over whether he was aware of Craig's "Cannanite article" and when, and the reports that Dawkins felt wounded in his pride by Prof Lennox's debate performance, I cannot help but conclude that baby Dawkins has thrown his toys out of the pram: all this could have been settled agreeably, ages ago, by a straight-forward, honest, even debate.

Instead? Dawkins is left scraping the barrel of empty New Atheist polemic. He has no arguments to offer, merely abusive comments which make his elderly, retired self indistinguishable from the pubescent teenager frantically seeking an anger-outlet for the frustration of attempting to burst his pimples.

Footage of Dr Craig's response to Dawkins' The God Delusion is imminently due to hit youtube.

In the meantime, however, I'll leave you with this report. It's a personal testimony too, and will explain the recent change to the sub-heading of this blog.

Indeed, while I've no fear of voicing my comments on Dawkins' pathetic and hypocritcal behaviour, I still mean what I said, in this video - such is the (irreducible?) complexity of life:

If you're still a follower of Dawkins, after all he's done and all I've demonstrated on this page...